Boys love their toys. And when they grow up they become men that love their cars. Cars are the ultimate entertainment. A direct extension of our bodies and souls.

Here we give you a list of the top 10 ultimate cars for elegant men with a taste for luxury and powerful cars.

This masterpiece first appeared in 2008 during the Geneva Motor Show.

The audience went wild after discovering that the top speed for this car was 183mph. This car is  the future of sports cars. It has twin electric motors with an engine that produces 887 horsepower.

Its battery is able to take you as far as 12 miles before its empty. A sixth generation of the popular Chevrolet Corvette.

This car was causing a stir before it was even released.

A worker at a shipping company took pictures and released them to the media. Other auto publications began printing rumors.

One thing is for sure….

This car is a head turner.

A roaring V8 engine has the capacity to store 6.8lts and produce 638 horsepower.

The Musulane boasts a top speed of 205 mph. It’s super light.Weighs only 1.5 tons.

This unique model has a twin turbo V.8 engine that stores 6.75 lts.

It has one of a kind rear wheel drive. And even though it weighs 2.6 tons it’s head snapping powerful and fast. This magnificent car was first introduced to the public as a concept car in 2010. Don’t be fooled by the 4 door model. This car is style on the outside and on the inside.

On the inside, it has leather seats and a powerful music system. It also has an excellent cooling and heating system. On the outside, it has a V12 engine of 5.9lts and 470 horsepower.

You’re going to love this car even more after knowing that you can get it for only $201,000 upwards. This beauty was first introduced at the 2009 Frankfurt Motor Show.

This car is the official successor of the Ferrari F430. Featuring a brand design, it features Formula 1 technologies.

7. Light and yet strong and fast: Lamborghini Aventador

For over 12 years Lamborghini has been making the legendary V12 engines. This car is one of the best of them.

It has carbon fiber monocoque with aluminium front and rear frames. Also, it features an engine bonnet, movable spoiler and side air inlets.

8. The legacy of the seventh generation: Chevrolet Corvette C7 This car has one of the best engines in the market.

It has 3 new impressive characteristics…

This is not a car to use during a family vacation. It’s built for speed. This car is the successor to the original NSX produced in Japan from 1990 to 2005.

It has significant advances from the first generation.  It features a twin-turbocharged 75-degree DOHC 3.5L V6 engine that produces 500 bhp.

Some people describe this car as an American muscle car in an European exotic car’s body.

10. Its name says it all: Jaguar XF Premium Luxury This car is, in one word….majestic.

Auto-dimming mirrors, a turbo-charged engine, leather seats a stop-star transmission among other goodies. 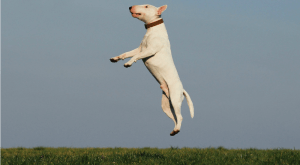 10 Cars That Only Filthy Rich People Can Buy… Are You Ready To Laugh And Be Amazed? +30 Fan Arts & Ilustrations About Civil War…